In the final major vote for the sitting city council, Charlotte leaders voted 6-4 to approve over 600 pages of development regulations Monday night.

Why it matters: The Unified Development Ordinance (UDO) will shape how Charlotte grows for decades to come. It goes into effect June 1, 2023.

Context: City leaders have been trying to rewrite development policies for more than six years.

Yes, but: Despite its significance, officials were once again far from a unanimous consensus. (Renee Perkins Johnson was absent because of COVID-19.)

The other side: Councilman at-large Braxton Winston argued that eliminating “exclusionary” single-family-only zoning would improve the housing stock and lower prices. 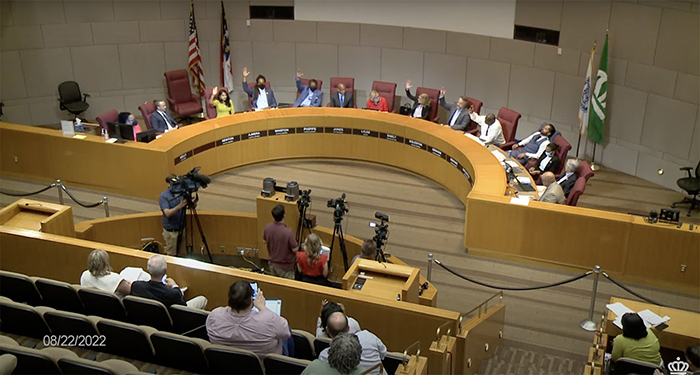 Also, at-large council member Dimple Ajmera said she wanted to approve the UDO for its protection of the city’s trees. Mayor Pro Tem Julie Eiselt emphasized this was a years-long process involving more than just the dozen officials at the dais, but also committees, staff, professionals and citizens.

What’s next: The UDO is considered a “living document.” City leaders will likely make edits to it in smaller votes moving forward.

Separately, the city took the first step toward creating multiple social districts across the city.

Yes, but: Where those districts will be is yet to be determined.

What’s next: City staff is expected to create a process for neighborhoods to apply for social district status in the coming months.

THINGS TO DO: 41 Fun Events in Charlotte from Christmas Eve to New Year’s Day

City Sticks With Uptown Route for The Silver Line

What Is a Home Warranty?